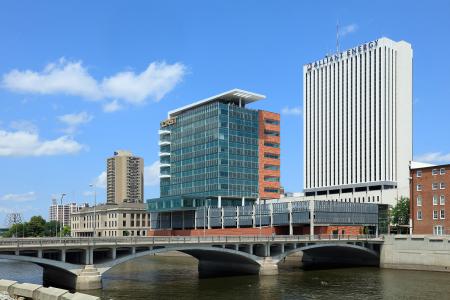 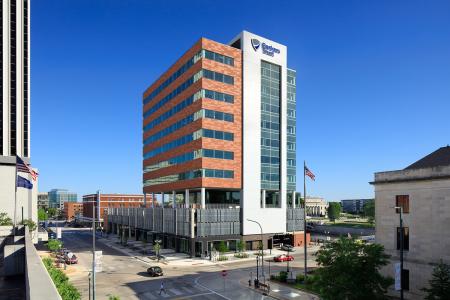 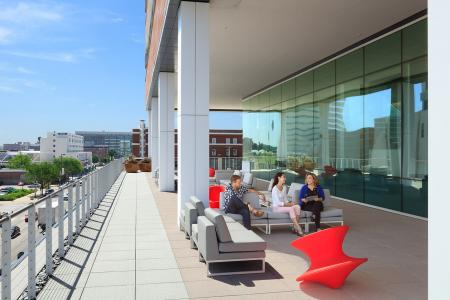 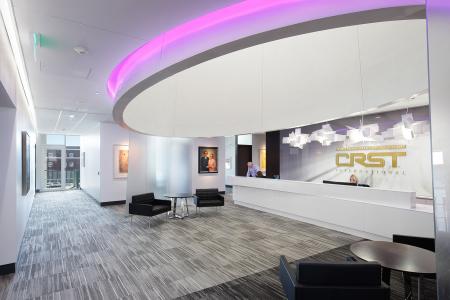 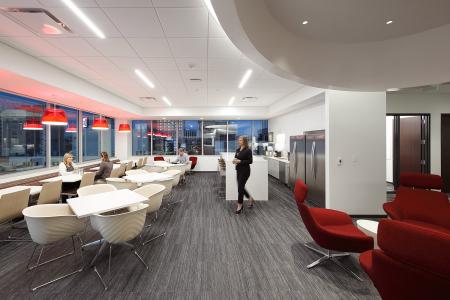 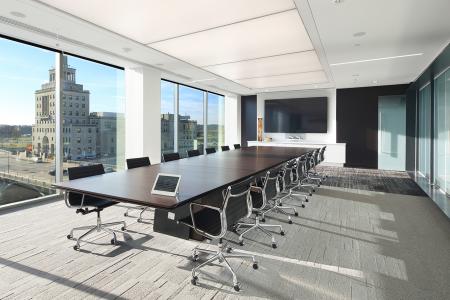 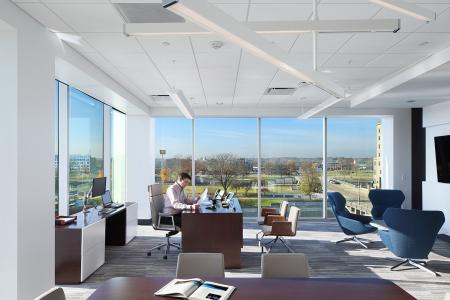 As the first new downtown building since the late 1990s, CRST International’s new headquarters is taking its place among the Cedar Rapids business community. The 11-story tower is dramatically changing the city’s skyline and providing a visible, expanded and updated space for the national transport company. The design-build project consists of three levels of cast-in-place parking garage and eight levels of Class A office space for multiple tenants. CRST will occupy two floors and Bankers Trust will be the anchor tenant for the building. The main level includes space for retail.

Sustainability was an important charge when designing this 220,000-square-foot multi-tenant office tower. The building features the City of Cedar Rapids’ first living green wall, a substantial solar control screen and high performance glass. Perhaps one of the most visible design features is the cantilevered balcony that runs up to the edge of the Cedar River. The balcony contains a rooftop plaza with expansive views to the Cedar River and the downtown urban landscape.

When Ryan was first approached with the task of constructing a “statement building” for CRST, the plan had been for renovation and expansion—a typical corporate build-to-suit. However, after assessing the proposed site, and what the project would entail, it became apparent that not only would the project as such be excessively costly, the intended location provided limited re-use options.

As the owners were focused on building in downtown Cedar Rapids and working to revitalize the area, Ryan partnered with them to better understand their current and future goals. The result was a solution that would honor their commitment to this community, while significantly increasing the potential of the building and the return on investment.

Financially, it made sense to build more than what CRST needed, so Ryan took the reins in helping to communicate a new and improved vision for the project, while assisting in securing an anchor tenant. Thus the project, which had begun as a smaller scale expansion, became a multi-faceted, multi-tenant office building with a parking deck, and a major contribution to the downtown Cedar Rapids landscape.

In approaching the construction of the new space, Ryan ran up against a complicating factor. The chosen location was on a river in the heart of a major flood zone—the same area that, in 2008, had been the site of the largest flood in US history.

The city already had stringent rules in place regarding new construction, but they had also been approved for federal funding for a future flood wall. While the wall had not been started nor the funds yet allocated, Ryan had to structure the project assuming the Federal Government would fund the wall in the future, and prove they were doing it properly. To achieve total compliance, Ryan worked closely with the City of Cedar Rapids and US Army Corps of Engineers to design a flood mitigation system. The system includes an underground pump station and flood walls as part of the lower level parking area. This critical feature will ensure building stability in the event of a flood. 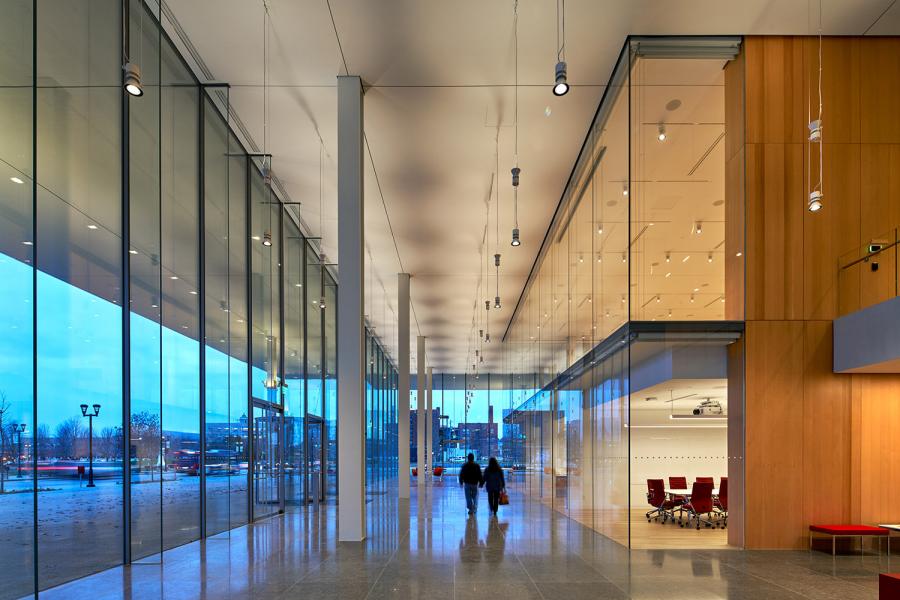 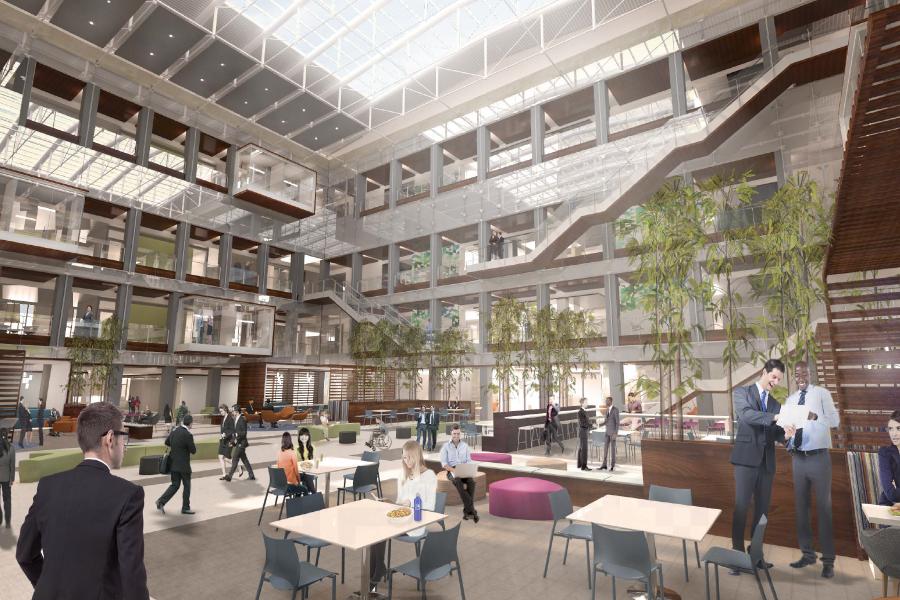