Caliber –The Wealth Development Company, Rio Nuevo, The City of Tucson, Ryan Companies US, Inc., and the Barrio Viejo Neighborhood gathered today to break ground on the Tucson Convention Center Hotel: A DoubleTree by Hilton, located within an opportunity zone.

Opportunity Zones were added to the tax code in late 2017 and are designed to spur economic development by providing tax benefits to investors. Caliber, the developer, and Ryan Companies, the general contractor, are kicking off construction on their first opportunity zone project in Arizona, which will help support the demand for lodging while promoting continued growth in Downtown Tucson. According to the Arizona Office of Tourism, 6.5 million people visited Tucson and the greater Southern Arizona region in 2017.

“After many months of planning, Caliber is excited to break ground alongside our many great partners,” said Roy Bade, executive vice president of acquisitions and development, Caliber-The Wealth Development Company. “Swaim Architects and Within Studio Interior Design, have created a beautiful hotel that has grasped the history of Tucson and the Barrio neighborhood.”

Downtown Tucson kicked-off a revitalization five years ago when the Sun Link Streetcar began operations. Efforts are increasing to keep up with Tucson’s rising population; the DoubleTree by Hilton will be the second hotel to open in Downtown Tucson in the past 42 years.

"A hotel at the Tucson Convention Center has been talked about for many years," said Tucson Mayor Jonathan Rothschild. "I'm very pleased to see this project moving forward, and of course DoubleTree is a known and valued brand here in Tucson."

The new hotel will be connected to the Tucson Convention Center and offer several amenities including a second-story pool, rooftop bar, onsite restaurant, coffee bar and 4,000 square feet of meeting space. The design includes 170 rooms, four suites and one presidential suite.

The Caliber-Ryan team is confident that this hotel will be a huge success given the in-depth experience of both firms. This is Caliber’s tenth hotel property; they recently completed the renovation of the Hilton Tucson East and were also recognized as a top hotel company by Hotel Management Magazine in 2018.

Ryan has built projects totaling more than 2.5 million square feet in the growing city of Tucson and has built 30 hospitality projects across the country.

“We have been building in Tucson for the past 25 years and have great relationships with the local labor and materials market,” said Chuck Carefoot, senior vice president, construction, Ryan Companies US, Inc. “We are honored to partner with Caliber on this opportunity zone project that will help shape Downtown Tucson.”

The new building will provide seamless connectivity for the hundreds of thousands of people that visit the Convention Center yearly and will complement the Barrio Viejo neighborhood—further distinguishing downtown Tucson. The hotel is expected to open in the fourth quarter of 2020 and Tucson Convention Center will remain completely operable throughout construction.

Headquartered in Scottsdale, Arizona with an investment focus in the Greater Southwest growth markets, Caliber leads the market in providing individual accredited investors and registered investment advisors with well-structured alternatives to traditional investments. The Company offers an approachable, full-service investment experience with more than 1,500 team members working to care for over $750 million (assets under management & development) in commercial, residential, and hospitality real estate in AZ, CO, TX, NV, UT and AK.  Caliber offers both asset management and real estate services to create a vertically integrated investment platform focused on middle-market investment transactions.  The Company is currently offering four distinct private real estate funds, two focused on income and two focused on growth, with the most notable being a $500m equity offering in the Southwest as a qualified opportunity zone investment fund. Learn more at Caliberco.com or follow Caliber on social @CaliberCo. 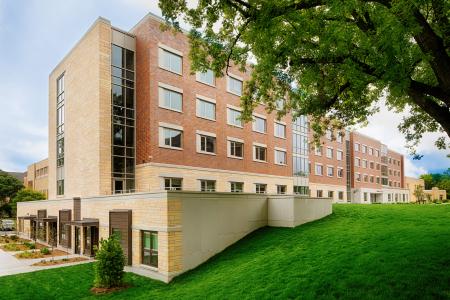 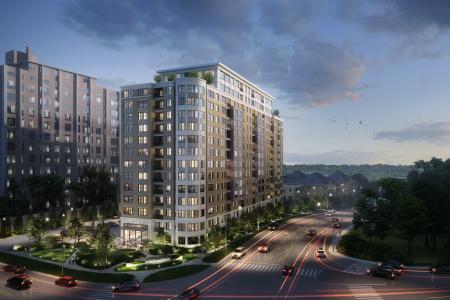