Please join us in congratulating Rick Peper, Mitch Kittel, Bill O’Connell and Josh Bergstrom for their recent promotions to vice president. These four field operations team members have been with Ryan for more than 100 years combined. They all play different roles out in the field but are instrumental in ensuring Ryan’s projects go smoothly. Their hard work and dedication are valued here at Ryan. Cheers and congratulations!

Josh Bergstrom has been promoted to vice president of field training and development. In his role, he will be responsible for managing and coordinating the training and development of field managers across the entire company. Josh will also develop, conduct and implement training programs and materials. Since joining Ryan in 2005, he has played a vital role in transforming the training program to ensure safety, quality and efficiency.

Mitch Kittel has been promoted to vice president of industrial sector field operations. In his role, he oversees more than $2 billion of industrial projects and associated field activities which includes managing field team members and directing the construction process. Mitch joined Ryan in 1985 and is instrumental in delivering projects with the best possible value to clients.

Bill O’Connell has been promoted to vice president of field development and performance. In his new role, he will be responsible for administering and measuring standard practices across all field operations. Bill’s focus will be assisting and training field team members to ensure projects are delivered on time, within budget and by following safety and quality protocols. He joined Ryan in 2002 and has played a major role in developing team members.

Rick Peper has been promoted to vice president of North region field operations. He will continue overseeing field activities such as managing field team members and directing the construction process, with a focus on budgets, schedules and safety. Rick joined Ryan in 1983 as a field coordinator and has taken on several roles in the field, all while displaying his leadership skills. 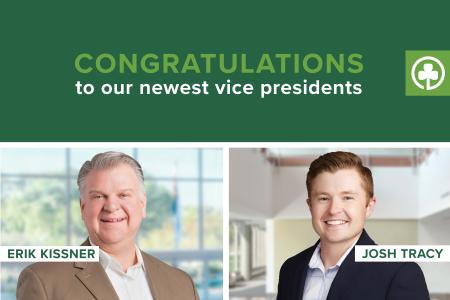 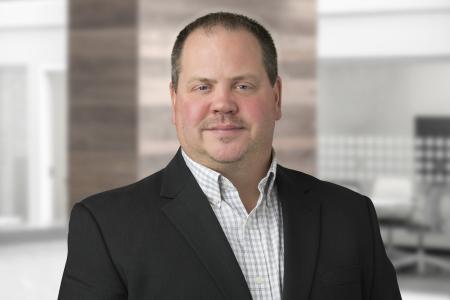