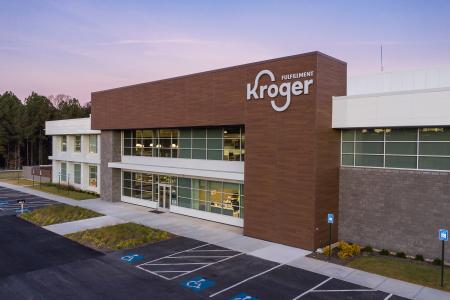 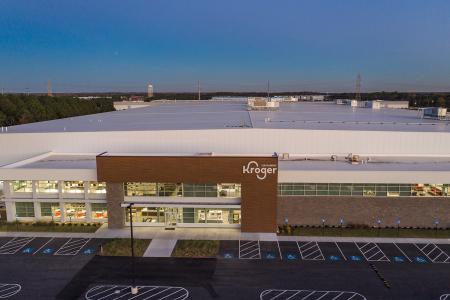 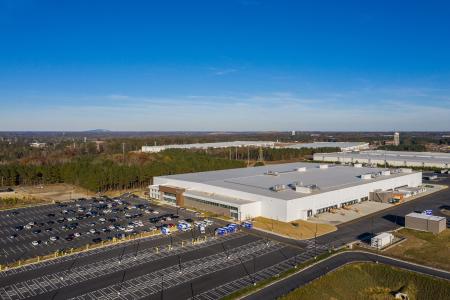 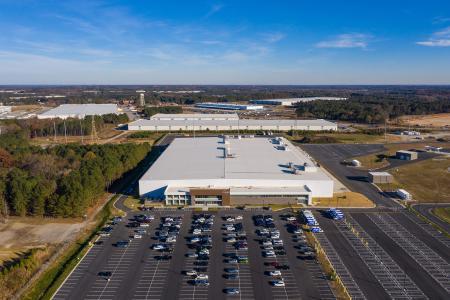 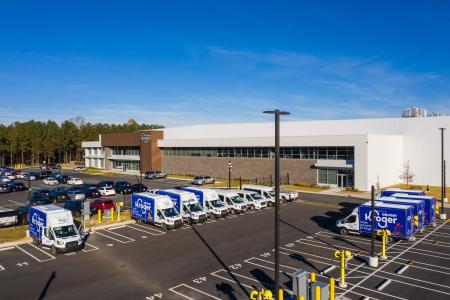 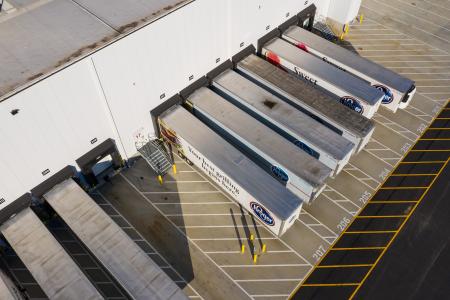 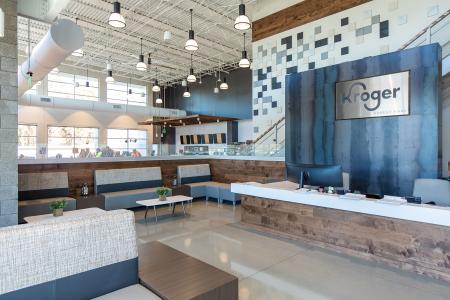 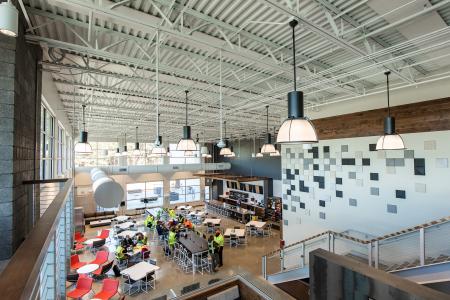 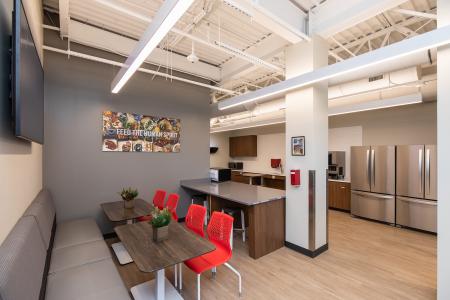 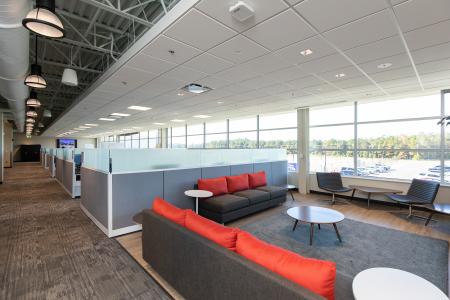 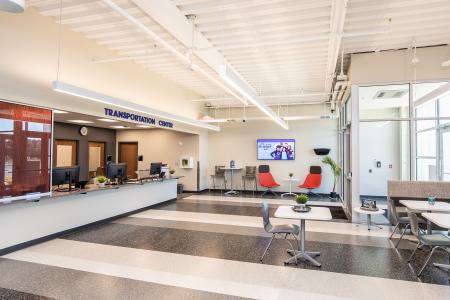 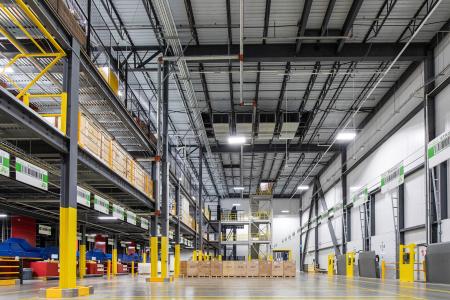 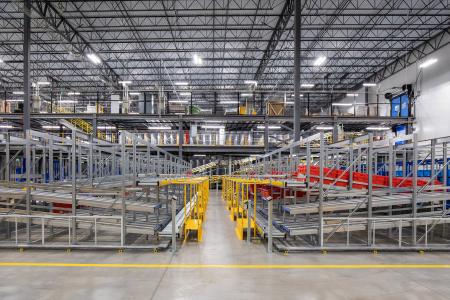 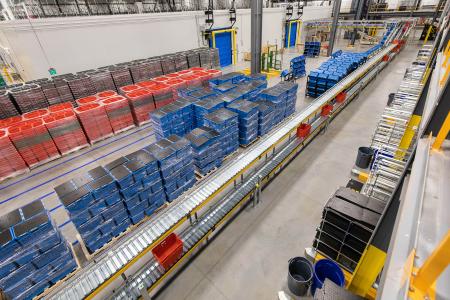 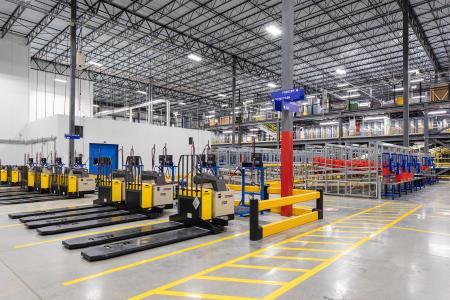 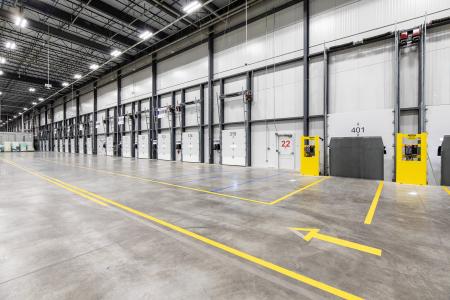 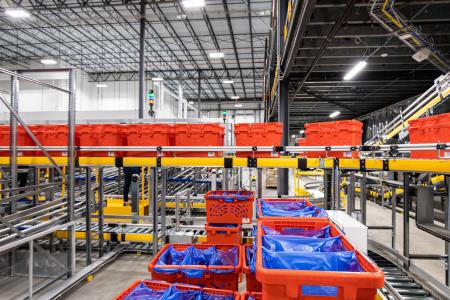 As one of the first of its kind in the country, the Kroger Ocado Fulfillment Center (FC) provides direct-to-consumer grocery service using a heavily automated facility featuring hundreds of robots. Ryan’s third design-build project for the grocery leaders, the Forest Park FC is nearly identical to the first two in Monroe, OH, and Groveland, FL. Kroger plans to build 20 facilities across the country, changing the way Americans shop for groceries.

The 419,317-SF facility—located nine miles from Atlanta, GA—features four distinct levels and uses a combination of robots and humans to fulfill around 1,000 grocery orders daily for same-day, next-day or scheduled delivery. The Forest Park FC is adjacent to a nearly 1 million-SF Kroger Distribution Center, sharing parking and several utilities— including a power source that had to be meticulously rerouted during construction. The Kroger buildings are part of a larger industrial park created Forest Park on the closed Fort Gillem Army Base. Building on a former base posed its own challenges, from requiring training for unexploded ordnances to watching for remains of foundations, roads and supplies.

Four months of record rainfall at the project’s inception threatened to significantly delay the build. By stabilizing the soil with cement dust and keeping open communication with subcontractors, the project pushed forward. Weekly collaboration meetings with FC project teams at Monroe and Groveland helped all three buildings adapt to fastpaced changes and meet all of Kroger and Ocado’s requirements. 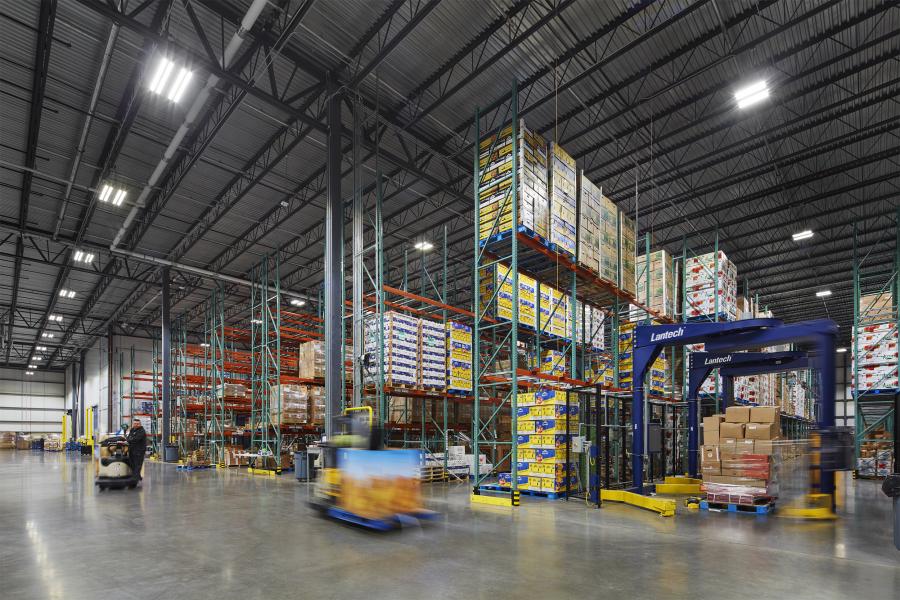 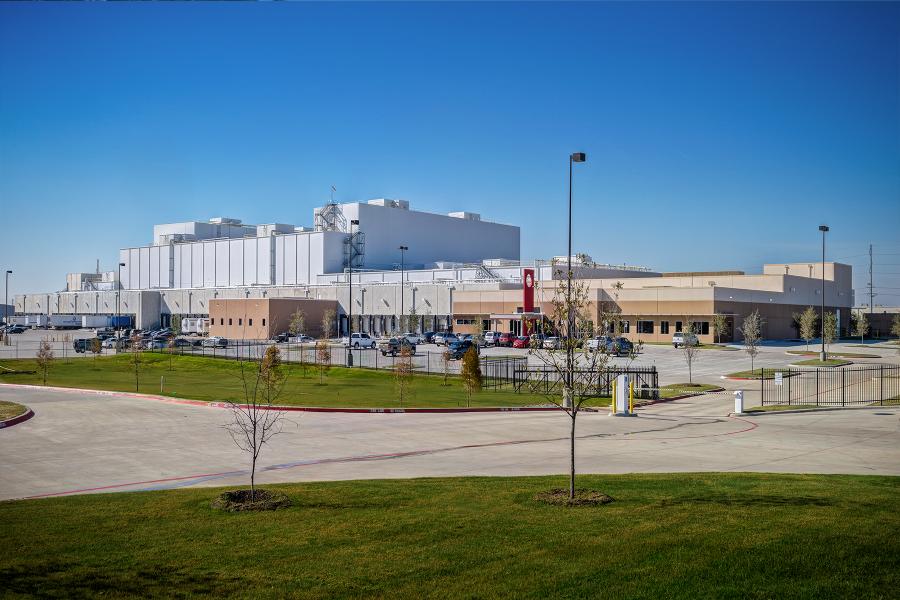