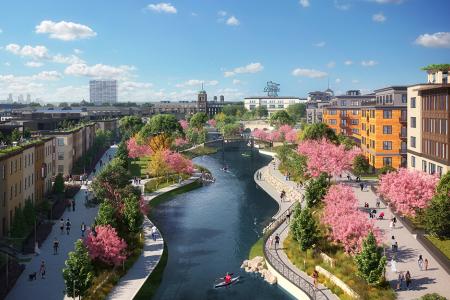 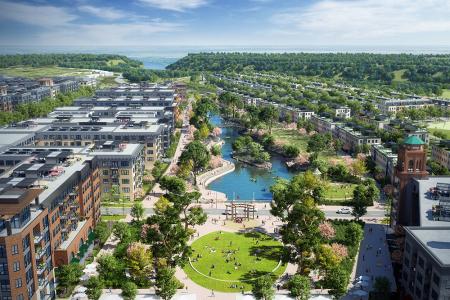 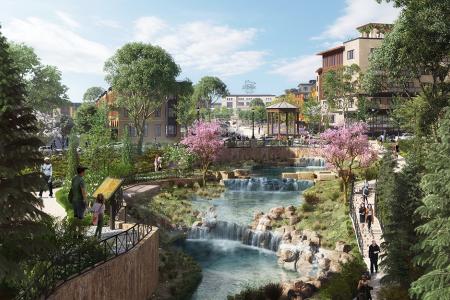 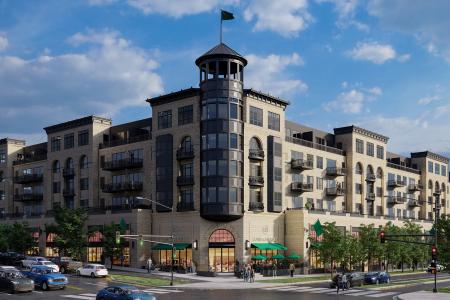 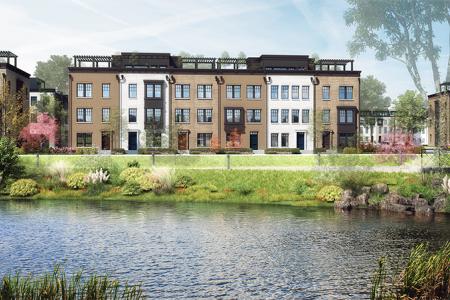 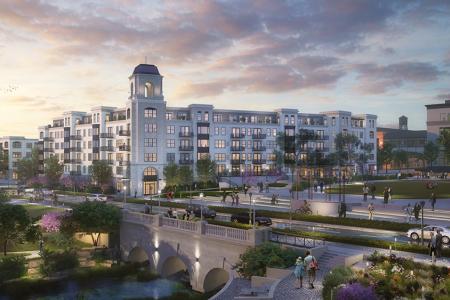 For nearly a century, Ford Motor Company was an anchor to St. Paul’s Highland Park neighborhood. Employing over 2,100 people at its peak, the Ford plant closed the doors in 2011 leaving an important and large piece of the community vacant, both literally and figuratively.

Through a decade long process, the City collaborated with area stakeholders to create an ambitious master plan for the vast site, incorporating elements important to the community. After formally securing development rights from Ford, Ryan embarked on our own 18-month community engagement journey focusing on the plan’s core priorities. In 2019, Ryan and the City entered into a Redevelopment Agreement paving the way for Ryan’s purchase of the 122-acre site.

The redevelopment, now named Highland Bridge, connects more than roadways to the surrounding neighborhood; it extends the existing Highland Park community with additional housing, retail, office and greenspace. It welcomes 3,800 new residences—20 percent of which are affordable housing—to the center of the Twin Cities. Highland Bridge connects the existing retail along Ford Parkway to the Mississippi River, creating a dynamic and welcoming mixed-use gateway district. The design honors the natural beauty of the site, adding 1000 trees and sustainable, native plantings and an iconic water feature, treating all site storm water and recharging the Hidden Falls headwater. And it promotes community and wellness with more than 55 acres of open space: a civic square, civic plaza, new parks and two little league fields.

In 1923, Henry Ford began construction on one of his most prized and architecturally significant Ford Motor Company manufacturing plants in the U.S, located atop the Mississippi River bluffs in Saint Paul. When Ford closed the plant nearly a hundred years later, the location became the focus of a decade-long process to define a 21st century vision for the site. The result was a bold master plan that needed a team to carry it to the next step.

Ryan’s A+E team engaged with city and community stakeholders to combine design thinking with practical applications, building depth and detail behind the plan and pushing it toward market feasibility. The result is an appropriate mix of uses, density and function balanced with vast open spaces. A walkable community with distinct character. A design considerate of the surrounding neighborhood and history of the urban site. Its name was changed to Highland Bridge.

While the master plan always called for a water feature, our design team shaped and honed its size, placement and surroundings, and our civil engineering team made significant design contributions to this important environmental asset. When complete, the water feature will not only improve stormwater management for Highland Bridge and the surrounding community; it will improve the quality of water to the river, regulate the flow of Hidden Falls, and serve as an iconic amenity where people will kayak, ice skate and gather.

The design team is now bringing neighborhood character to the vertical developments—starting with the mixed-use district along Ford Parkway. The opportunity to help design such placemaking is an honor we intend keep earning throughout the next decade-plus of ongoing development.