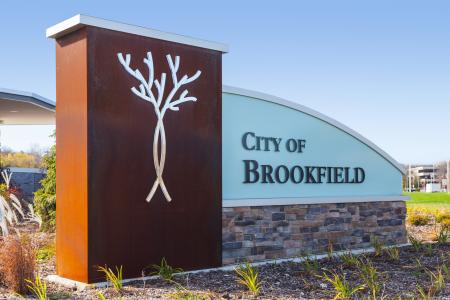 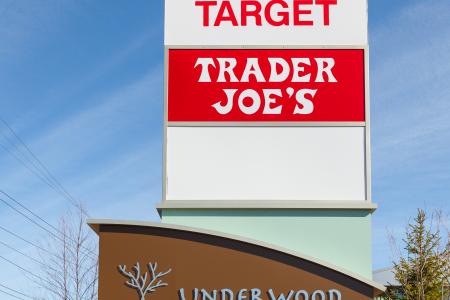 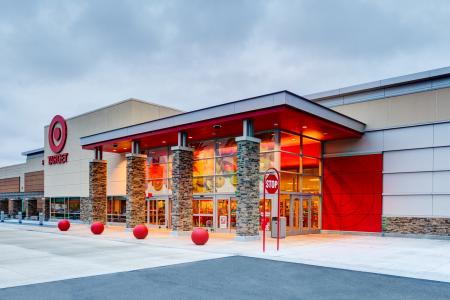 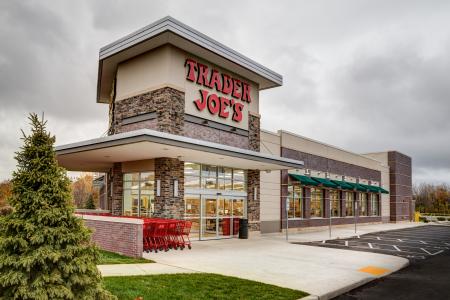 When an international printing company closed the doors on its sizeable facility in Brookfield, WI, Ryan saw an opportunity to open the doors on something entirely new. Underwood Crossing, a Target-anchored retail center featuring a Trader Joe’s and PNC Bank, provides in-demand amenities to a previously underserved community. Transforming the industrial brownfield site into a Class A retail center required a significant amount of environmental remediation, making the project a prime example of our sustainable development and construction processes in action.

After completing the demolition and comprehensive site cleanup and soil remediation, we focused our efforts on recycling construction materials. Some of the concrete pads, which had been used to accommodate the former printing facility’s heavy equipment, were as much as two feet thick. Ryan recycled more than 31,000 tons of crushed concrete, which was then used as the base for roads and parking lots at the site. Recycling of the crushed concrete alone saved approximately $170,000 in both hauling and material fees and kept a significant amount of material out of area landfills. In total we recycled and salvaged more than 33,000 tons of materials, including structural steel, sheet iron, aluminum, radiators, electrical motors and rebar, among other items. We also prioritized natural landscaping, maintaining and planting native vegetation and thereby reducing the need for extensive irrigation systems.

Underwood Crossing won Retail Development of the Year by the Commercial Association of Realtors Wisconsin (CARW), and the Target store opened as one of the most energy efficient stores in Target’s Midwest network.

Read More
Working with the community to expand a local park and empower students.

In addition to improving the environment directly underneath Underwood Crossing, Ryan was also committed to preserving the land around it. We facilitated the donation of four acres at the site’s south side to the City of Brookfield, allowing the expansion of an existing community park and adding to the City’s wetland bank. We also expanded the City’s bike trail system and preserved a 75-foot span of trees and green space on the property’s western edge between the retail areas and the nearby residential subdivision, helping to restore and rehabilitate a nearby creek in the process.

In a direct effort to involve the Brookfield community in the process, Ryan recruited students at Brookfield Central High School to lead the branding of the development. The name, logo and branding for Underwood Crossing were all created by Central juniors and seniors during a three session segment in their graphic design class, facilitated by the Ryan team. The students planted trees and were honored at the project’s groundbreaking, and they now have real-world experience to add to their portfolios.

Retail Development of the Year, 2012 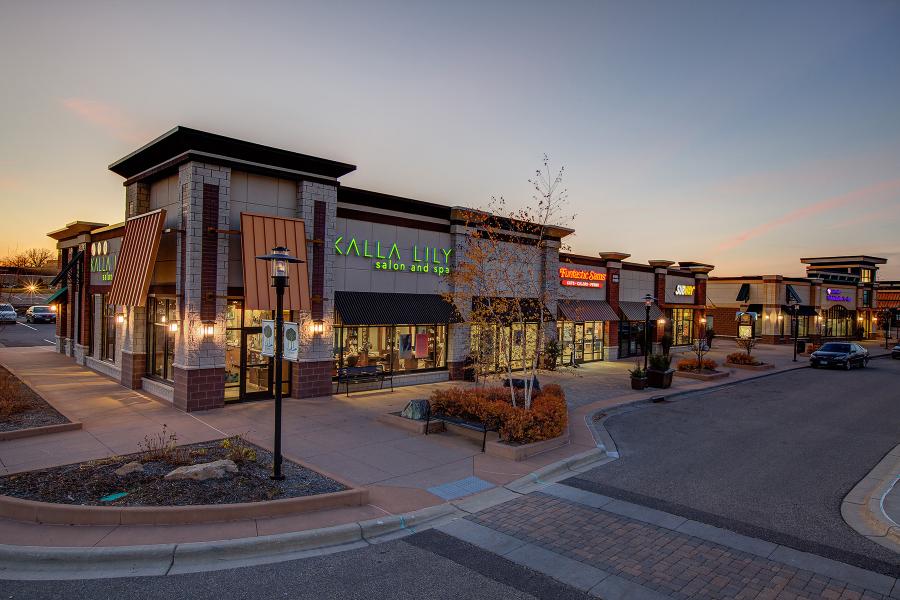